Before we begin looking at improv and its history, it has to be distinguished from "The Improv". If you want to learn about the history of the improv stand-up clubs, you should go to their website. While co-opting the name "Improv", it was not related to "improvisation" and instead was referring to stand-up comedy. Improv theater works from audience suggestions to create unique and energizing comedy.

Improvisational theater is as old as the verbal story-telling tradition. Ancient epics, such as Beowulf, was passed down from generation to generation in an oral tradition, with each succeeding generation making "adjustments" as they went on. This was to adjust to any then-current audience. Much as a parent telling a story to a child, the child will direct the story based on his/her responses.

This tradition became more formalized with the Commedia Dell'Arte in Europe from the mid-1500's to the 18th century. Traveling troubadours would present shows on makeshift stages in public squares. Dialog was improvised within an outline provided by a set "scenario".

While other versions rose over the years, the modern version sprung more from training of actors than an attempt at creating a new art form. In an attempt to assist actors in analyzing action and subtext in scripts, improvisation was created. Acting without pre-written scripts and utilizing "games" to assist in generating new material, they discovered that some comedy was coming out of their efforts.

Funny? Hey, maybe we can do this in front of people and charge money?

Viola Spolin, Keith Johnstone and Del Close are closely associated with these efforts.

Viola Spolin developed her improvisational teaching techniques in the roaring 20's and 30's and based these techniques on making the process more enjoyable through games. Paul Sills (Spolin's son) joined with Del Close and David Shepherd at the University of Chicago during the 50's and revolutionized the form with Shelley Berman, Mike Nichols, Elaine May, Zohra Lampert and Sheldon Patinkin. Actors from this group then formed the Compass Players after graduation from the University of Chicago. 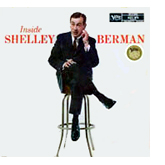 The Compass Players combined sketch comedy developed from improvisation and live improv into an easily accessible format that all audiences could enjoy. The popularity grew and others began to develop their own versions of the format.

The Compass Players spawned of some of the most influential comedy of its generation. This included the comedy teams of Nichols and May, and Stiller and Meara and an evolution into The Playwright's Theatre Club that later became The Second City. 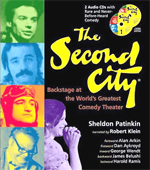 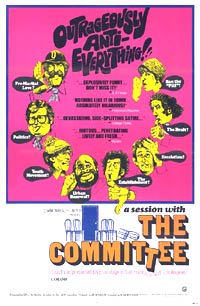 The Committee was an improvisational movement that became a famous sketch comedy troupe in San Francisco in the 60's. The Committee was founded by Alan Myerson and Irene Riordan (which is also the original name for Irene Ryan who played Granny in the Beverly Hillbillies) who were troupe members of Second City. Cast members included at various times Del Close, Rob Reiner, Howard Hesseman, David Ogden Stiers and many other famous, and infamous, alums. The troupe also performed on Broadway for short stints and made quite a name for themselves. The Committee played across the country from 1962-1972 from their home base in San Francisco. There was a Los Angeles branch of the Committee that lasted 3 years that ended in 1970. This counter-culture troupe also made numerous appearances on TV, Broadway, etc.

Keith Johnstone, founder of TheatreSports, wanted to make theatre more accessible to wider audiences instead of just the pretentious London crowds. By bringing sports to theatre, he hoped that even boxing fans would find a way to enjoy the cheering and jeering of an arena atmosphere. ComedySportz was started by Dick Chudnow in Milwaukee in 1984 after he was inspired by Johnstone and it has become a staple of many smaller markets with over 15 teams across the country. 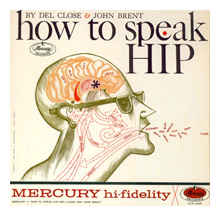 Del Close took things a whole new direction. While TheatreSports generated games and The Second City provided improv-based sketch comedy, Del Close began working harder on a long-form improvisation called the Harold, first performed with the Committee. The name, itself a joke stemming from an off-the-cuff Beatles remark, was indicative of the revolution to come. Working from the basement of Papa Milanos, then the Wrigleyside, a bar near the famous Cubs stadium, ImprovOlympic began performing the long-form regularly and has become a staple of the industry. They have since moved into their own theater on the same block as the Wrigleyside, a stones throw from the historic stadium.

More Locally Mental Floss was a popular offshoot of the early history of Improvisation located right here in South Florida. The Mental Floss Comedy Improv Theatre Company was founded in 1986 by Miami actor Sandy Mielke, who had worked with the well known Los Angeles Improv troupe, the LA Connection. Mental Floss flourished for six years, but foundered in the aftermath of Hurricane Andrew. A number of former Mental Floss members remain active in the South Florida acting community, including Wayne Legette and Maribeth Graham. Nick Santa Maria has had success in Broadway and Off-Broadway shows as well as national tours. Mark McCracken is a professional actor in Los Angeles, and appeared as Captain Ed "Too Tall" Freeman in We Were Soldiers, starring Mel Gibson. This group dissolved in 1992 and several of their members banded together to form Laughing Gas, including Gerald Owens who continues to perform to this day.

Comedy Squad: In West Palm Beach, the early 1990's spawned the popular Comedy Squad improv troupe, which performed for several years at art and music-oriented bars before they broke up. A number of male cast members decamped for New York, and several remaining performers wanted to create a new group. As it happens, these actors were all women, and rather inadvertently evolved into South Florida's only all-female troupe, Big Purse (and Matching Shoes). They performed in West Palm Beach, then shifted south to the Fort Lauderdale area. They were aggressive writers, and created many edgy and intelligent sketches with a delightfully subversive feminist slant (who says feminists can't be funny?). When Big Purse split up, two core members, Elena Maria Garcia and Maggie Marigold, put together a new company, Separate Checks (they allowed some men in this time). They have a different approach, in that they allow the audience to select the show lineup from a menu of theater games.

Comedy Sportz: Actor Pat Batastini organized a franchise of this national improvisational comedy show in Fort Lauderdale. Though this group was short-lived, it had a run at the now-defunct Comic Strip Comedy Club.

Local troupes have actors that have some direct affiliations with the history of improv:

Laughing Gas: Todd Rice graduated from The Second City training program and trained with Del Close at ImprovOlympic. Cesar Gracia has moved on to New York and trained in sketch writing at Second City New York and at the UCB Theatre. Danny Paul appeared in In a Fix on The Learning Channel. Veronica Puleo has moved to Los Angeles and trained with the Groundlings and performed with Jim Belushi of Second City in an episode of According to Jim. Alum Brian Breiter appears in Los Angeles with the Liquid Radio Players and has appeared on The Man Show on Comedy Central as well as having trained with the Groundlings. Another alum, Laura Sebastian, also trained at the Second City in Chicago.

Separate Checks: Both Elena Maria Garcia and Maggie Marigold were members of the all female Big Purse and are active in the South Florida acting community.

Impromedy: Ozzie Quintana graduated from the Players Workshop of Second City. Yamil Piedra has moved to Los Angeles and has had several significant appearances including in Boston Legal, Las Vegas and Justin to Kelly. Several other cast members are heavily involved in the theater acting community and often appear in locally produced films and plays.

The Villain: Jeff Quintana graduated from the prestigious IO and has brought a series of great workshops to South Florida. The theater continues to expand and brings Chicago styled improv to local audiences.